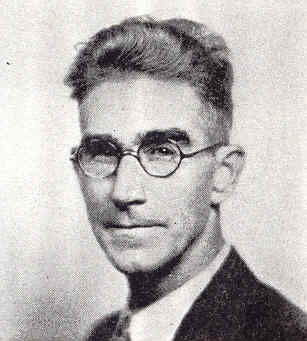 Long before Wake Forest College was known for her good football teams saying that a man was a graduate of Wake Forest was almost equivalent to saying that he was an effective public speaker. This is a tradition and a heritage which, it would seem, demands of the present generation of students and teachers high endeavor and distinguished accomplishment.

The present faculty director of this type of voluntary intercollegiate competition found this tradition and the fine accomplishments of his predecessors both an inspiration and a source of discouragement; it was a record of glory, hard to equal-harder to out-shine.

During the last five years Wake Forest men have participated in something like thirty-five intercollegiate debates and three or four other contests each year. It has never been the policy to schedule debates chiefly with schools of the sort that would be expected to be easy to win from; however, each year the Deacon speakers have won their share or more of places in oratory, extempore speaking, and after-dinner speaking contests, and in debate they have maintained a 60 per cent–or better–winning record. This is true in spite of the fact that they have been through three national tournaments and four Southern tournaments in addition to three smaller sectional tournaments.

The record for this year includes two third places in extempore speaking, and two firsts–Tri-state and Southern-in after-dinner speaking. It also includes placing in the upper half out of fifty or more colleges in men’s oratory and in men’s extempore speaking at the national tournament. It includes, too, placing in the upper eighteen men’s debate teams out of one hundred and eighteen in that tournament. Finally, it includes a schedule of 27 no-decision debates and 30 decision debates with 73 per cent wins-a total of 57 debates.

The closing event of this season was a debate in which Wake Forest men and a team from the University of Florida were invited to demonstrate able and entertaining debating before 1,500 high school students in one of the Birmingham high schools. The -debaters, the high school pupils, and the high school teachers agree that everyone had a great time.

Alumni may be interested to know how the training for these contests is accomplished and how the program is financed. The faculty director of this work has-and has had-a full time teaching load including one three hour course in public speaking-in which there is rarely ever more than one debater registered. The special training for debate is done in “bull sessions” at which any interested student is welcome-15 to 25 usually attend. Of those who work, those who give promise of success are assigned to debates. In the other phases of speaking, special work is done with individuals outside of class and outside of schedule.

The college has appropriated-on the average-something less than $250 a year to finance this whole program; No student gets any pay or special financial consideration for his debating ability, or any grades on his debating.

The Wake Forest faculty director is now, and has been for two years, Governor of the South Atlantic province of the national forensic fraternity, and was .for the last year third Vice President of the Southern Association of Teachers of, Speech; in charge of contests.